Life Auditing is all about listening to the inner 'you' and learning how not to ignore suppressed feelings and thoughts because they are too difficult, uncomfortable, time-consuming or plain boring to acknowledge and address.
But one of the simplest things we can do to stress-test our emotional well-being is to learn how to better hear and trust the messages our body sends with its physical reaction to external experiences and encounters.
I heard a story this week which really illustrated this from a dynamic, focussed and (until I heard his tale) seemingly very strong businessman.  Simon's business was struggling and he was battling to keep it going and his 25 staff employed.  He thought he was coping very well and certainly neither his family or friends were aware that he wasn't.  In truth, neither was he until his body told him otherwise.
The only thing that made him question the effort and time he was putting into his business was that fact that it stopped him being able to spend as much time as he'd like on duties associated with being a County Councillor, something he really enjoyed.
Matters came to a head after a meeting when it became clear he would have to choose between the two - business or politics.  Displaying all the symptoms of a heart attack, Simon was rushed to hospital.  Dozens of tests revealed nothing wrong so he was sent home after an overnight stay.
Feeling OK, he decided to take his dog for a walk, during which to his shock he found himself suddenly crying and couldn't stop.  He rang his wife sobbing who came and fetched him.
"My body just said 'enough'," Simon told me.   "There was nothing I could do about it.  My body literally forced me to a grinding halt."
As he spent a very quiet four months recovering (walking the dog, sleeping and taking each day at a time - no medication!) other people in the business took up the reins and got on with a corporate re-structure.  Now Simon has a small consultancy role with them and spends much more time with his first love - politics.
"I am now really aware of any physical 'gut' reaction I have to situations and encounters.  I listen to what my body is telling me.  It seems to know best!"
Posted by Unknown at 03:07 No comments:

What to do if you suspect a friend is trapped in an unhappy and abusive relationship.  Sharon B has got in touch saying she overheard her best friend's husband being unbelievably verbally cruel and viscous to her.  Her friend broke down when she asked her about it and Sharon now knows that the bonhomie and 'hail fellow, well met,' demeanour the man in question presents in public is a complete disguise for the overbearing bully he becomes indoors to his wife and family.
But her friend has pleaded with her not to confront him and is determinedly not going to leave him.  "For the children's sake..."  is what she said to Sharon, who was at a loss to know what to do.    "I told her I don't think she should stay with him, but, that as she has decided to, I am here for her whenever and if ever she needs somewhere to go.  I think its a relief at least that somenone else knows what is going on in their marriage, but its hard keeping my mouth shut when we see him socially which we still do.  However that is what she wants and so I must respect that."

The Pathway Project www.pathway-project.co.ukis an amazing support organisation for women like Sharon's friend.
Its mission is to 'Turn Victims into Survivors." It has a 24 hour helpline with someone always on the end of the phone to give confidential advice and support.

A sense of Citizenship is definitely making a comeback.  Twice in the last week its been the subject of enthusiastic debate about what actually constitutes being a good citizen. 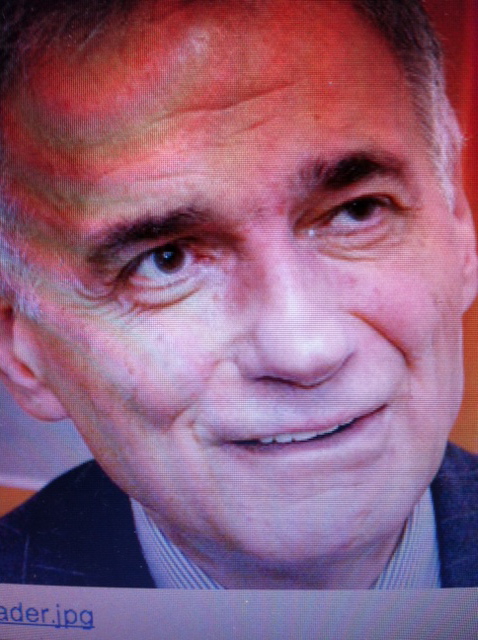 American political activist Ralph Nader asked the audience attending one of his seminars to state what role they felt defined them.  Variously they said they were Fathers, Mothers, Sons, Daughters, Engineers, Musicians, Specialists and so on.  Only a couple put down that they were 'Citizens.'
One hundred and fifty years ago it was a matter of pride to call oneself first and foremost 'a good citizen.'  That description would lead the tributes in funeral eulogies as the Victorians and Methodists pursued good works along with their work ethic.
How do you define yourself?  What bit of your life would qualify you as a good citizen?  Recycling? Helping old ladies cross the road?  Picking up litter?  Using your vote?
Nader's famous quote is "There can be no daily democracy without daily citizenship."

Work to Live or Live for Work

A Dilemma.
Many people who can't get the sort of  jobs they aspire to or trained for at the moment are trying instead to set up their own enterprises.
These are often to do with personal passions or talents.  Look at this beautiful film, made by talented Media graduate Tom Parnell, a talented photgrapher, director and cameraman.  It showcases his embryonic wedding video production company and clearly sets him apart from his run of the mill competition.    http://vimeo.com/m/49608865
Tom absolutely loves his work and can't imagine not having a creative career.
But being an Entrepreneur is hard and often requires 24/7 self-motivated effort.  As these folk plough through the cash flow plans and crises, try and often fail to raise backing and struggle in the lonely land of the self-employed, many are Life Auditing to see if they'd be happier stacking supermarket shelves or the equivalent.  At least that way, they reason, they'd earn enough to keep the lights on and would get their lives back.
However, it would appear from The Life Audit inbox, that most are deciding to set a time limit to really 'go for it' businesswise.  Here are their top tips:

Every Contract tells a Story

Like it or not, whatever you do in life, you will almost definitely have to consider and sign contracts of various sorts along the way.  (Even some schools now ask parents and pupils to sign up to a School Contract outlining behaviour and performance expectations).

You may not think there is much to commend Contract Law and that examining small print is probably the least exciting job in the world.  But myself and a group of other businessmen and women were made to think again by Jacob Scott of Foot Anstey solicitors www.footanstey.com at a working lunch at Tamar Science Park www.tamarsciencepark.com

Jacob clearly enjoys his specialisation, which is informed by a previous career in business, and got our interest at the outset by stating that we shouldn't look upon a Contract as a dry and dusty document.   Instead we should read it as a Story.  A Story about a Relationship.  And instead of thinking 'Where's the catch?"  We should read it with our mind on the people and circumstances told about in the tale making sure that, however the business fortunes (plot) twists and turns, - a 'happily ever after...' ending is achievable.

NB An interesting fact too about why contracts might often seem overly wordy.  Long ago draftsmen who drew them up were paid by the word count.  The more they wrote, the more they earned.   Do you think that's where legal verbosity might have started?
Posted by Unknown at 23:51 No comments: